I worry though that our urban cousins aren’t asking the right questions and are, perhaps, worried about the wrong things. Far removed from what is actually happening on Canadian farms, sometimes I think they can be misinformed depending on where they get their information.

Here are some of the top “myths” I hear about agriculture, farming practices and the products we grow.

1. Myth: Conventional farming is bad for the environment

Fact: This one really frustrates me since farmers have been practicing sustainability for generations. It is one of our core values and THE reason we are able to get up every day and do what we do.

Between 1981 and 2011, changes in farm management have helped improve agriculture’s soil quality performance. The Soil Quality Agri-Environmental Performance Index results for Canada’s farming regions are good and getting better, according to Agriculture Canada. Beneficial practices such as low till and no-till, cover cropping and crop rotations are helping to preserve the soil.

In addition, these practices pull carbon out of the atmosphere and store it in the soil. Research from the Canadian Agri-Food Policy Institute shows that from 1971 to 2015, soil organic carbon (SOC) stocks actually increased in Western Canada thanks to the adoption of no-till farming practices.

I encourage you to read this article from the Global Farmer Network which does a great job of illustrating how farmers are “carbon kidnappers” and part of the climate change solution.

Fact: In a recent LinkedIn post the Organic Consumers Association of Australia posted a photo of two tomatoes side-by-side with the words, “GMO is scary.” One tomato looks normal, the other has an odd pattern to its flesh.

The post generated a lot of conversation, as you might expect, but is completely misleading. There actually aren’t even any genetically modified tomatoes on the market today, as explained here.

But the bigger concern is the idea that genetically modified foods are bad for your health. In fact, some foods have been modified to make them healthier.  An example is GMO soybeans with healthier oils that can be used to replace oils that contain trans fats.

Golden Rice is another good example – it was genetically engineered to provide a new source of Vitamin A for people in Asia and Africa where rice is a staple.  Lack of Vitamin A causes blindness and death of almost two million children each year. You can read about that one here.

Sometimes plants are engineered so they grow better in certain geographic areas. Since its Canadian launch in 1997, Invigor hybrid canola has undergone many genetic innovations that make it resistant to Canadian disease and pests, so farmers can grow more canola and use less tillage to control weeds, which is good for the soil. At the same time, it’s widely considered a healthy and safe form of fat that reduces LDL – the bad cholesterol – and the risk of heart disease. 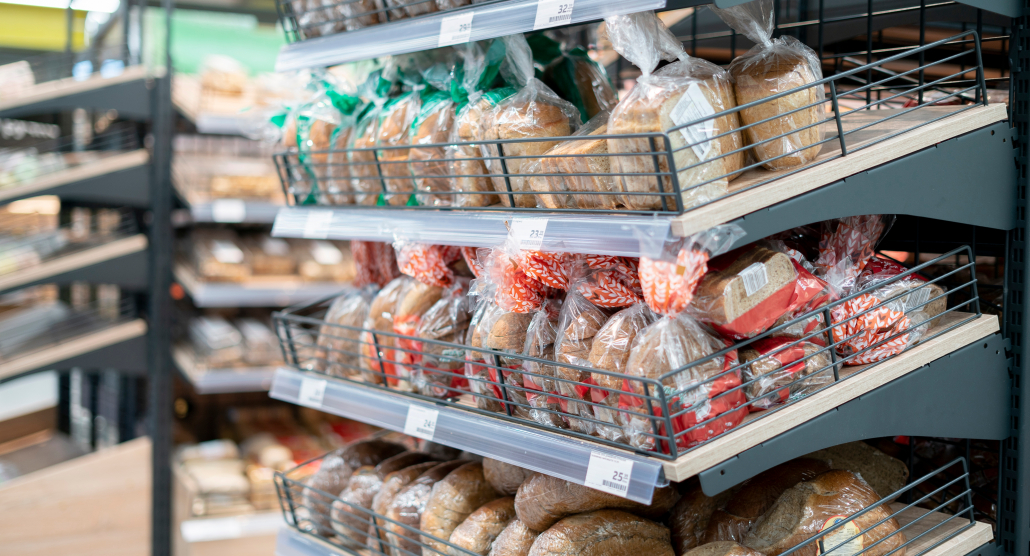 3. Myth: Our food comes from the grocery store

Fact: A poll done a few years ago asked kids,”Where does bread come from?” They innocently replied, “Safeway.”

We have a lot of work to do when it comes to educating our children, families and friends that there is a farmer – somewhere in Canada – who makes a living by growing the grain that makes the bread for their PB and J sandwich. Agriculture needs to do a better job of making our industry relatable to the average consumer, helping them to understand the clean and sustainable processes and work we do on a daily basis to ensure there is food on the grocery store shelves.

Much of Western Canada’s grain is exported and processed elsewhere, but eventually winds up in the foods on our grocery shelves.

In fact, 97% of Canadian farms are still family owned and run. And, while it’s true that there are fewer farms today, they are bigger than in the past, providing jobs and livelihoods for many Canadians in rural areas.  According to StatsCan, there are over 260,000 farm operators in this country, with approximately 240,000 paid employees. Next time you reach for your fruits, vegetables, beef, milk and cereal, you can thank a Canadian farmer and their family.

5. Myth: Farms only care about profits

Fact: See #4 above. Seriously though, it’s all about family. My dream is for my kids to take over the farm if that’s what they want to do. For it to be environmentally and financially sustainable, yes, we do need to make a profit, but the goal is for a family tradition to continue. Our farm has been around since 1978, when it was just 320 acres. Hopefully, if we do things right, it will be around for many generations to come.

That’s all for part one of this post – I have a lot more “myths” to share that we often read, hear and see in the media, but aren’t actually true.  Stay tuned for part two!