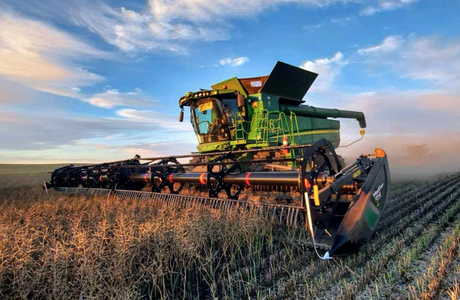 As an advisor with Emmertech, a Saskatchewan-based ag-tech accelerator and venture fund, I get to see the latest ideas and proposed solutions entrepreneurs are pitching to industry. It’s exciting to see companies from all across Canada vying for funding and the chance to locate and scale here in Saskatchewan. Under the leadership of Sean O’Connor and Kyle Scott, I’m optimistic our province will one day become the epicentre of the ag-tech industry in Canada.

It’s easy to get wrapped up in the excitement but, as we all know, not every idea is a good idea. Similarly, not every idea is financially feasible or practical, and that’s where some ag-tech companies should rethink their strategy.

If you are looking to launch in the ag-tech space, here are some important things to consider:

Farmers are busy people with a lot of equipment and data at their fingertips. However, the task of entering the same data into four or five different systems is time-consuming and redundant. I’d like to see more tech companies move to an open API system where the information can be shared between apps. Having the information flow freely between the systems would better equip farmers to make informed decisions. The argument, of course, is that each company’s software is proprietary, but an increase in collaboration and knowledge-sharing makes it easier for the end-user, who is ultimately footing the bill.  Make it easy for us to use your app!

The majority of ag-tech companies, whether it be software or fertilizer, operate on an acre-based pay system. It may sound fair (the bigger you are, the more money you pay) but it actually penalizes larger, well-run farms that require less intervention and hand-holding than some smaller operations. In essence, larger farms can be less work for these companies. In my opinion, acre-based payments can work up to a limit, 1,000 acres for example, but after that it should be converted to a flat fee.

Many tech companies don’t have anyone on staff who has ever lived or worked on a farm. And, that’s ok. You don’t need to have agriculture experience to run a successful ag-tech company. But, you do need pilot programs, beta users and first adopters to come onboard. The first farmers who sign up with new tech companies are vital to its success – they will provide valuable feedback and insight, allowing the company to strengthen its offering and value proposition. For those farmers, an alternate system of payment should be considered, whether it be reduced payments, stock options, etc.

We can learn a lot from the tech industry

Several years ago, I was invited to be an advisor at Granular, what has become arguably one of the most successful farm management software companies out there today. To be honest, I was skeptical.

I questioned what a bunch of young tech guys from California could teach me about farming. After many meetings and conversations, we were able to learn a lot from each other. They would present their idea and I would tell them if it would work on a farm or if it was something I thought farmers would actually use. And, with a few lines of code, they could create an algorithm that would help us increase our decision speed, knowledge base and our profit margin.

I was also energized by their wholehearted belief in their idea, their ability to sell that idea, and their willingness to pivot and iterate on it until they got it right. It’s a key philosophy on our farm now too – we never stop looking for efficiencies and constant improvements. As farmers, we have more in common with the tech industry than you might think.

At Hebert Grain Ventures, we’re a progressive farming operation welcoming collaborations and research to further technological advancements in our industry. If you have a great idea, reach out and let us know about it. You can email us at admin@hebertgrainventures.com.

In my next post, my thoughts on where the ag-tech industry should focus and I’ll share some of the most valuable technologies we’re using on the farm today.